I’m Bob Johnston, the club’s chairman. I joined the committee in September 2018. My daughter has happily attended Kids Club’s breakfast and afternoon sessions since she started at Ecclesall in 2017.

I moved to Sheffield in 2004, and I currently research and teach archaeology at the University of Sheffield.

I’m Alex Miller. I have a daughter currently in year 2 and a son who I expect will start in reception in September 2017. I’ve used kids club since my daughter started in reception and joined the committee in November 2014.

I’ve recently become a governor at the infant school. Away from school I’m a civil servant working at the department for education where I’m responsible for the collection and publication of data about the education system.

I’m Catherine Hayden. I joined the committee in September 2018, having used the club since my oldest child started school in September 2013. I now have two children using the club.

As well as being a mum I qualified as an Occupational Therapist 21 years ago and work both in the NHS and independent practice, specialising in return to work for individuals with disabilities or following illness with the aim to enhance independence and quality of life.

I’m Grazina Manchester. I have two children who regularly attend kids club and love the facilities it provides. I joined the committee in September 2018 when my youngest started in reception, and will be taking on the role of treasurer.

I have worked in financial services for around fifteen years, with the last ten years at Sheffield Hallam University, where I am an accountant.

Outside of school and work I love to explore the great Sheffield outdoors with my family, whether it’s on bikes or scrambling on rocks.

Ecclesall Kids' Club is regulated by Ofsted. We are rated Good. Our registration number is 300856.

We work at
Ecclesall Primary School although we are a separate organisation to them. 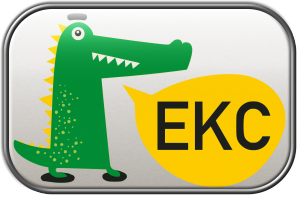